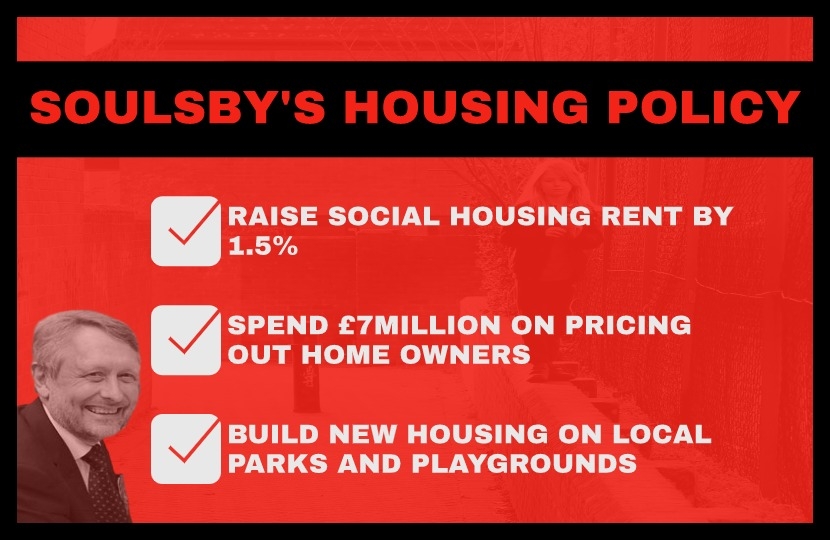 Leicester City Council has recently approved the City Mayor's housing policy set to leave every resident in Leicester worse off.

First, the City Mayor announced that each social housing tenant would receive a 1.5% rise in their rent.

Putting Council rent up when many tenants are still on furlough or are receiving reduced incomes is heartless and shows this Council for what they are.

Next, the City Mayor’s team set about targeting aspiring homeowners.

They have put a plan together to outbid those who have spent their life saving to buy their first home. The Council will spend £7 million on this policy

This will also inflate the future prices of homes across our city for generations to come.

We are waiting to see if the Conservative campaign to stop this has been successful as the Council is set to announce their final list of development sites later this year.

The three policies drawn up by the City Council mean that everybody across Leicester will continue to suffer the consequences of having Peter Soulsby as our City Mayor.

Rhys Brown, the Deputy Chair of the City of Leicester Conservatives, commented:

The people of Leicester can finally see the light at the end of the tunnel after nearly a year of lockdown restrictions. Rather than supporting our city's recovery and getting on board with the government's levelling up initiative, the City Mayor and every Labour Councillor choose to do the opposite and implement this levelling down programme.

At the very time people were hoping to get back on their feet, the Council choose to implement policies like this that push everybody backwards and couple them with a 5% rise in Council tax. It makes recovery from the pandemic very difficult for Leicester.