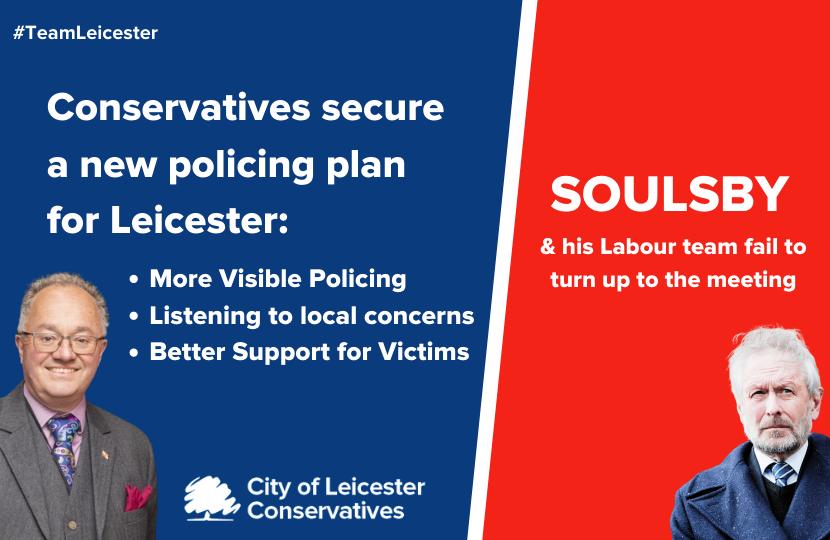 The plan paves the way forward for better policing across the city.

Whilst it was Conservatives who ensured the plan passed the policing panel, the Labour city representatives, who include the City Mayor failed to even attend the meeting.

Mr Matthews told members that: “This Plan is designed to give Leicestershire Police a clear mandate to deliver a police service which meets the needs and expectations of the community.

It is unapologetically ambitious, detailed and wide ranging to meet the needs and expectations of all of our communities, city and the county alike.”

The Commissioner has made it very clear that he expects to see greater focus in Leicester on:

Conservative City Councillor, Daniel Crewe is delighted that the plan has passed, he said ‘This Police & Crime Plan paves the way for the future of policing in our city.

We need more police on our streets and better support for those who face being a victim of crime, this is exactly what Rupert’s plan is going to deliver.

It is disgusting and shameful that at such an important meeting, Labour’s City Mayor, Deputy City Mayor and Assistant City Mayor failed to even turn up.

Despite Labour clearly not being interested in the policing of this city, it’s fantastic that Conservative votes will ensure we have more police on our streets.’