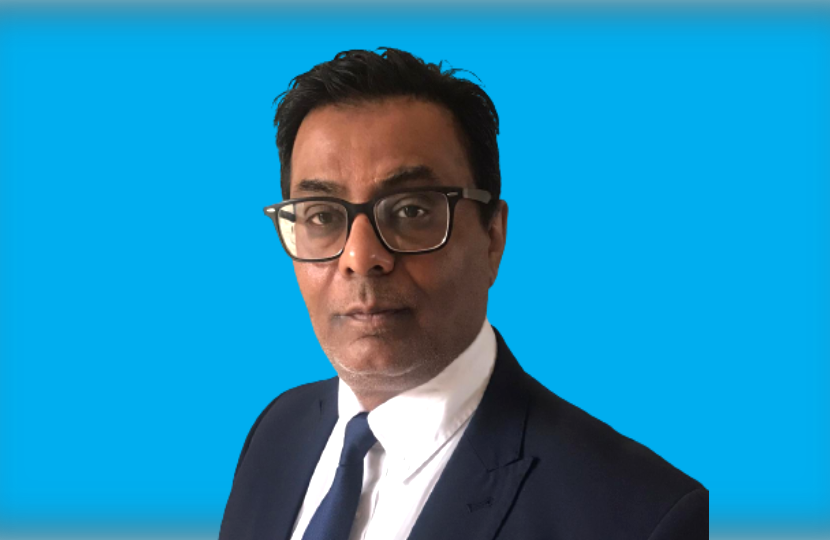 The City of Leicester Conservatives are delighted to confirm that Abdul Osman will stand as the Conservative candidate in the North Evington by-election.

The North Evington By-election is an opportunity for local residents to show that the Labour-run City Council no longer represents their views.

While the Conservative government has been busy ensuring we get out of this COVID nightmare as quickly as possible, the Labour party in Leicester has gone about wasting taxpayer money and keeping us in lockdown for as long as possible.

With the disappointment of the Labour-run council's constant failings, Abdul decided to leave the party in 2019 and join the Conservative Party.

He said 'I am standing as a Conservative Council candidate because even after fighting so hard in the Labour party for the local people, I was constantly denied the opportunities to help my local area.

I spent 20 years as a Labour Councillor, but the City Mayor refused to listen to my views or let me act on the changes our area needs. He is too interested in wasting money in the city centre.'

It is time that the local community's cries are heard; we all deserve better, safer streets. I will spend day and night fighting for North Evington's future.'

The by-election will take place on Thursday 6th May.