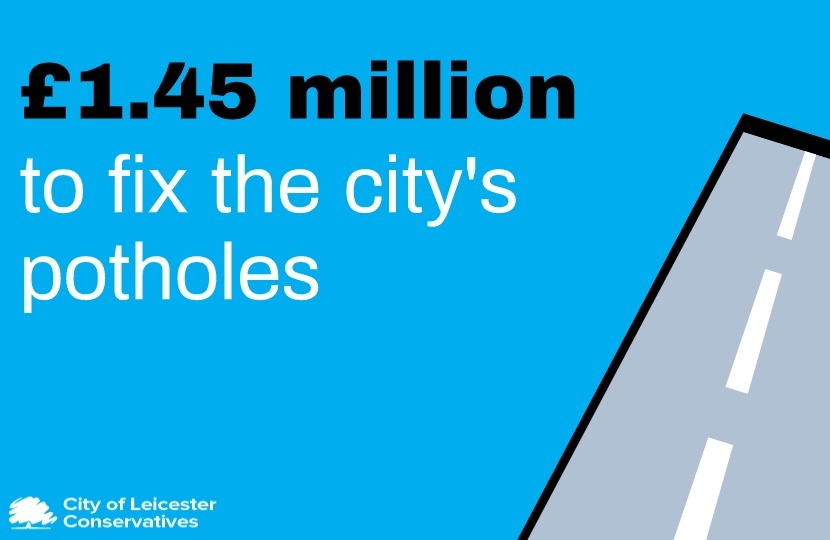 Leicester City Council have today (15 February 2021) been allocated £1.45 million highways maintenance, with the funding expected to fix thousands of potholes across the city potholes.

With the average pothole costing around £50 to fill in, the funding will ensure that the equivalent of 29,000 potholes can be rectified, making local roads both safer and easier to drive on.

We know potholes are more than just a nuisance – they can be dangerous to drivers and cyclists alike, and cause damage to thousands of vehicles every year.

The funding allocated today will help councils ensure roads in their area are kept up to standard, and that the potholes that blight road users can be dealt with promptly.

The government is committed to supporting motorists. Through Road Investment Strategy 2 (RIS2), the government is investing £27 billion in the biggest ever roads programme – with £10 billion of the record-breaking sum specifically for road maintenance, operations, and renewals.

Rhys Brown, the Deputy Chair of the City of Leicester Conservatives added:

Leicester has had a huge issue with road maintenance and potholes in the past, this extra government funding should make it easier to travel around our city.

I hope that the City Council use this money in a constructive manner to bring the positive change that is required to our roads.