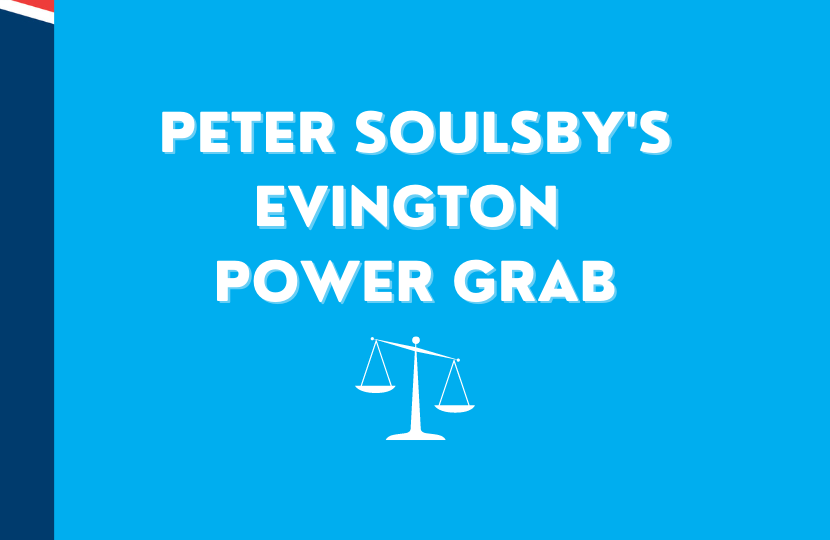 Leicester City Council last night voted to grab powers away from Evington residents, by voting to overrule Leicester’s constitution and dodge a by-election in the area.

Cllr Ratilal Govind has not attended any council business for over 6 months, normally this would mean he should stand down. Labour are running from a byelection and have voted to overrule this power and keep Cllr Govind in his role, fully paid.

We have been contacted by a large number of people from the Evington ward who are worried about the issues within the document put forward by the Labour party to full Council in relation to Cllr Govind.

With Cllr Govind’s long term absence and Cllr Bajaj’s time spent carrying out his civic duties as Lord Mayor, Evington is left with only one dedicated councillor.

Whilst we wish Cllr Govind a full recovery, our Council system is not designed for only one member in such a big ward, Labour Councillors must stop this plan.

Disagree with the power grab? Sign the form below