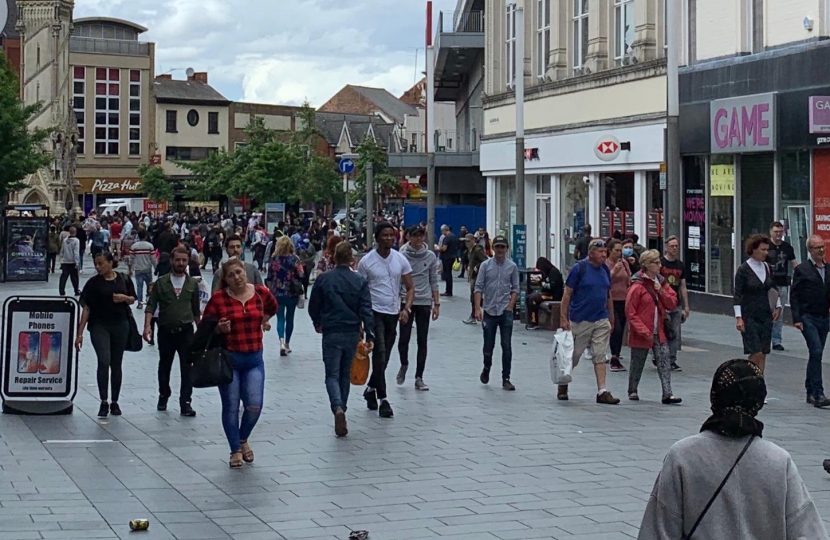 Tonight, as we learn that Leicester will be the first city to be locked down to stop the Coronavirus spreading any further, we lay the blame directly at the door of the Mayor and the three city MPs whose inactivity has led to this crisis worsening.

Although the vast majority of those in Leicester stuck to the original lockdown, there were still businesses operating that should not have been. Including many factories right across the city that continued with no PPE or social distancing. The Council and the Mayor were fully aware of this. No action was taken.

Rhys Brown wrote to the Council on numerous occasions explaining that many of the non-English speaking residents in Leicester did not understand the new rules during the original lockdown. In a city which is highly multicultural the Council continued to only provide information in English.

When numerous schools across the city were closed due to positive COVID tests the council decided to do nothing, a perfect opportunity to begin to stamp out the virus not acted upon by Soulsby’s council.

Councillors in Leicester city sit and watch. They have been told that they must not comment.

Leicester’s Members of Parliament have been silent on the issues the city has faced. Liz Kendall and Jonathan Ashworth’s focus has swerved Leicester, meaning their constituents have had no representation in their hour of need. Leicester East’s MP has not been to Leicester throughout the pandemic.

Small businesses have been badly affected by this outbreak. Today many pubs, restaurants and bars have spent thousands ordering stock for their reopening that would have happened on Saturday, all this stock will now be wasted.

After it developed that the Mayor had broken lockdown on several occasions we called for his resignation; the council’s COVID performance further outlines that Peter Soulsby is not fit to lead Leicester.