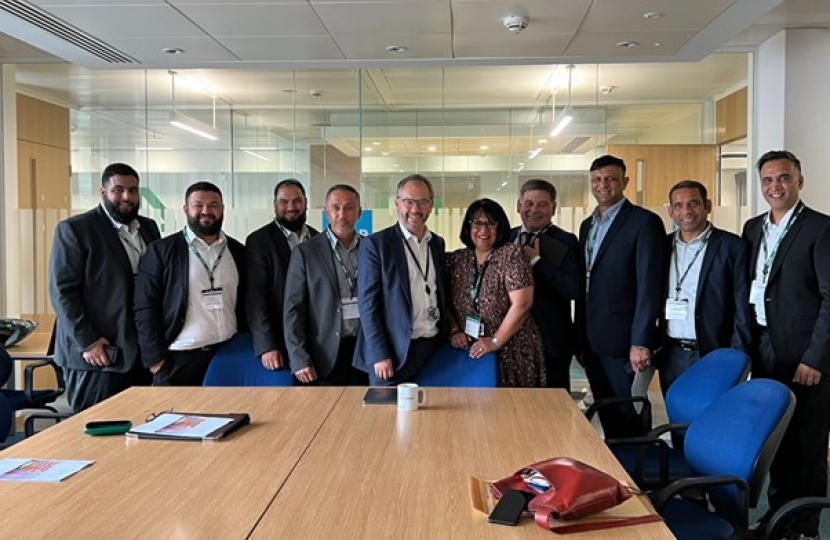 ATMF have a fantastic vision and are committed to get the trust and confidence back into the textile manufacturing industry in our city.

It has never been so important that manufacturing in Leicester fixes the wrongs that have occurred and build back its reputation for quality and ethical production.

During the meeting, Baroness Verma thanked Sanjay Modhwadia for introducing ATMF to her. Sanjay shared his  concerns about the demise of the manufacturing sector and needed urgent assistance.

Baroness Verma and the Conservatives have been immensely supportive and at very short notice have organised an event to discuss the issues with minister Paul Scully and then arranged the launch of ATMF in Parliament.

The Federation launch was also supported by Andrew Bridgen MP, who pledged to provide his voice to help the sector grow.

As a result of the Launch of the Federation in Parliament, Leicester’s Deputy Mayor Adam Clarke has also pledged a significant investments from Leicester’s community’s fund.

This is the first step into putting Leicester’s manufacturing industry back on the map.

Local Conservatives announce a three-step transport initiative as part of a 100-day plan to encourage Leicester residents to travel around and enjoy Leicester’s streets once again.