Over £24.2 million to slash carbon emissions from schools in Leicester 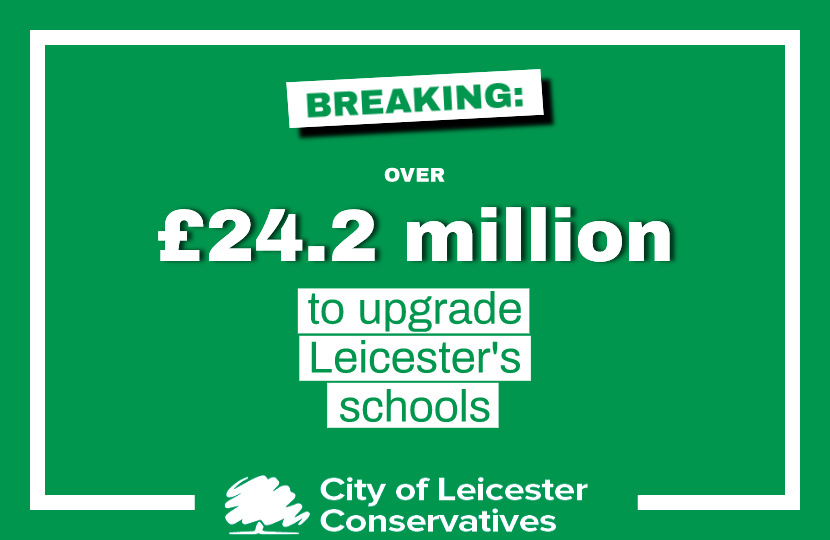 Leicester is to receive £24.2 million to upgrade 93 schools, including 56 schools, installing heat pumps and new solar panels to generate clean renewable energy. The Investment is part of a £1 billion Government commitment to help tackle emissions from public sector buildings, supporting 30,000 jobs as part of the green recovery.  Schools could save on their bills by being more energy efficient – cutting 2.4 megatonnes (Mt) of CO2 a year - the equivalent of removing all emissions from Derby and Leicester combined.

The UK Government has invested £66.3 million so far into 26 projects to upgrade public buildings including schools and hospitals across the East Midlands, as part of a £1 billion drive to help reduce carbon emissions.

The new upgrades will play a key role in fighting climate change and reaching net zero emissions by 2050.

The news also comes as ministers unveil an ambitious blueprint, building on the Prime Minister’s 10 Point Plan for a Green Industrial Revolution, for the UK to become home to the world’s first low-carbon industrial sector, with industry’s carbon emissions cut by two-thirds within just 15 years.

“The Public Sector Decarbonisation Scheme will provide a helping hand to schools in Leicester, as the city works towards reducing its carbon footprint as we build back greener from the pandemic.

“Emissions from public buildings have declined by 41% since 1990, but we need to go further still if we’re to reach net zero by 2050, which is why I urge everyone to consider what more they can do - whether it’s changing lightbulbs, installing a heat pump or topping up insulation - every little helps.”

Estimates suggest schools and hospitals in England and Wales could save tens of millions of pounds a year on their energy bills by being more efficient – helping cut up to 2.4 megatonnes (Mt) of CO2 annually - the equivalent of removing all emissions from Derby and Leicester combined.

“I know schools across our city have long wanted to replace the old and inefficient energy systems which are very damaging for the environment and costly to run. This investment by the government will save needed funds through lower energy costs for the schools and help our city become carbon neutral.”

The investment is part of a £1 billion Government commitment to help tackle emissions from public sector buildings, supporting 30,000 jobs as part of the green recovery.

A recent pilot run by Energy Sparks, overseen by the Carbon Trust, has shown even the smallest of changes could help reduce consumption, with schools potentially able to save as much as £15 for every one of their pupils if they took simple energy efficiency measures like turning their heating off at weekends.