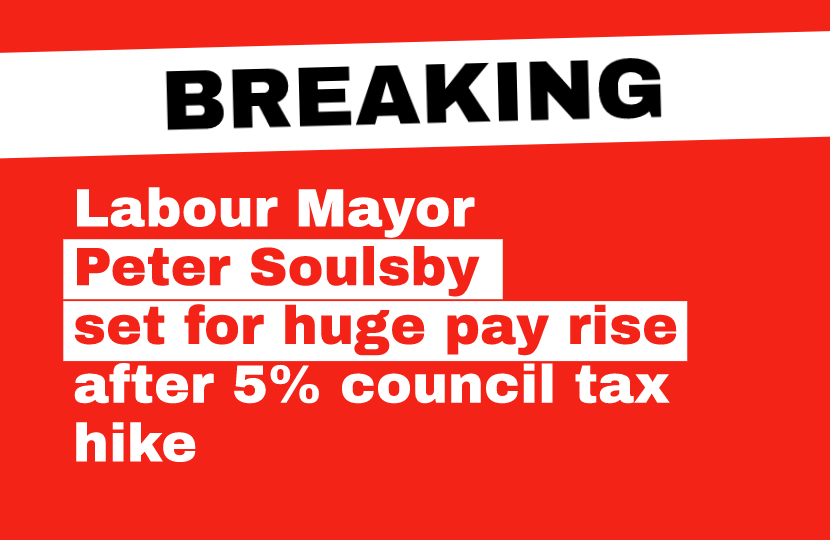 It has been announced that the City Mayor, Peter Soulsby and all of the Labour Councillors will receive a pay rise despite the global pandemic and them recently raising Council tax in Leicester by 5%.

Peter Soulsby (currently paid £73,996) is set for a pay rise at the end of April worth over £3000 despite raising Council tax by over 5% in March and cutting back further services.

Leicester Deputy Mayor for Health, whose actions led to the city being forced into a local lockdown last July, is also set to receive a pay rise.

Other councillors will get a smaller rise at the end of the month.

Meanwhile, thousands of people across our city are left struggling after a year of COVID restrictions. Many people have been stuck on furlough, on reduced incomes and are now worrying about losing their jobs. Some have already lost theirs.

This pay rise coming after the recent tax hike by the Labour-run Council shows that they don't care about most people across Leicester. It one rule for the few and another for everyone else in Leicester.

Deputy Chair Rhys Brown commented, 'Everybody across Leicester should be outraged that the City Mayor and his Labour councillors are about to vote for their own pay rise again.'

'If the people who were elected to represent us had an ounce of integrity, they would vote against any pay rise whilst the pandemic is still restricting our lives; unfortunately, this is unlikely to be the case.'