Say no to tax rises 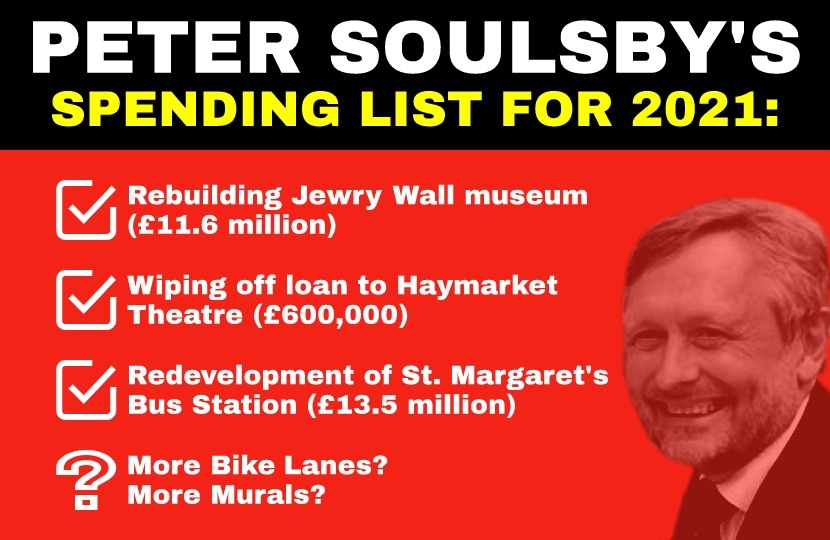 The City Mayor, Sir Peter Soulsby has announced that he will once again raise Council Tax in the City by 5%.

In a year where due to the pandemic many hard-working Leicester residents have had their wages and income severely cut, our City Mayor chooses to punish that hard work.

In a letter to residents last March Sir Peter Soulsby stated that ‘he had to increase council tax to replace some of the grant we used to get from the government’.

So, you would presume that the Council were struggling financially, you would be wrong…

All whilst managing to hire 70 more members of staff at the City Council, already the City’s largest employer.

If the Council is struggling to balance the books, they should cut some of these unnecessary spending commitments rather than punish the people of this city.

The City Mayor has now committed £500,000 to both the Black Lives Matter movement and a tree upgrade scheme.

Rather than more spending commitments the City Mayor should have engaged with local individual projects such as Mark Morrison’s Mack Life plan. The popstar would have nurtured local talent and given young people of all backgrounds a chance of success. This would have cost the Council next to nothing and given opportunities to many.

Similarly, the City Mayor should be taking advantage of the Green spaces that we currently have, instead of planning on bulldozing many of the local parks and playgrounds.

It is high time the Council stopped with the ridiculous spending, it may then attract the investment and jobs that the City needs as we exit this pandemic.

Say no to tax rises