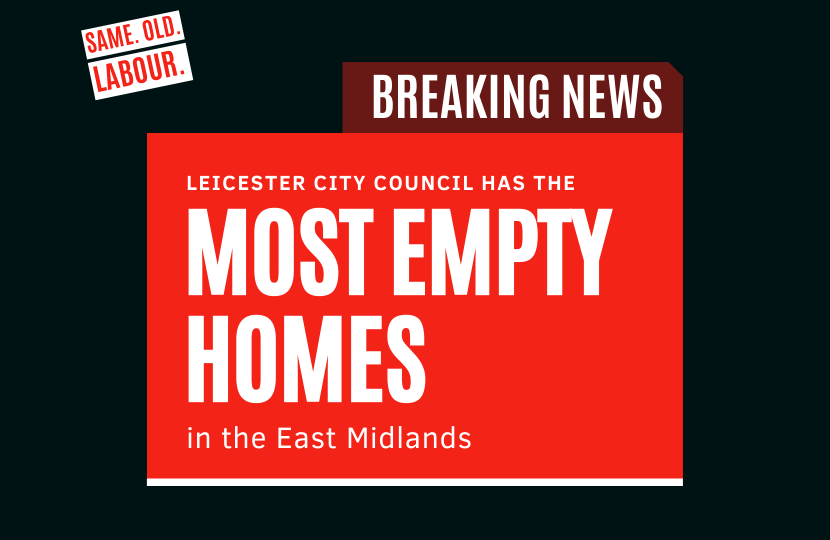 Leicester has more houses, not in use than anywhere else across the East Midlands, yet the City Council is still pressing ahead with disastrous plans to build on our local green spaces.

The head of local housing at Leicester City Council, Cllr Elly Cutkelvin, has remained silent at her department's failings.

Meanwhile, thousands of people across our city are set to lose the limited public green spaces in their neighbourhoods.

City Mayor Peter Soulsby must scrap his plans to build on these green spaces and concentrate his efforts on bringing the vacant properties back into use.

Deputy Chair Rhys Brown commented, 'As Cllr Cutkelvin has overseen the disastrous running of her department, she should be considering her position as Assistant Mayor; however, due to family relations with the City Mayor, we are unlikely to see her dismissed.'

'This story just highlights the mismanagement at the City Hall and shows the need for change across Leicester.'

The Council’s local Plan will mean fewer places for families to meet and enjoy the green spaces available Leicester.

Numerous green spaces from across our city will be lost if the Draft Local Plan goes ahead.

Help shape our plan to build back better in Leicester

Fill out our survey. And help us build back better in Leicester.